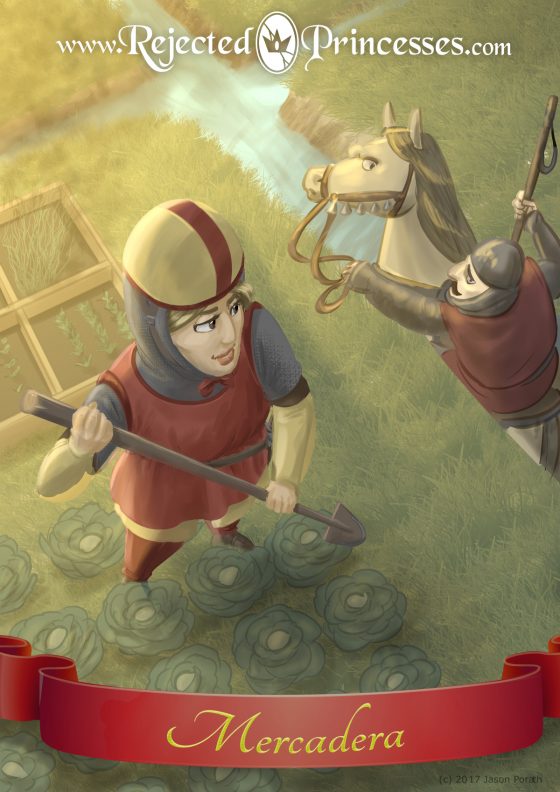 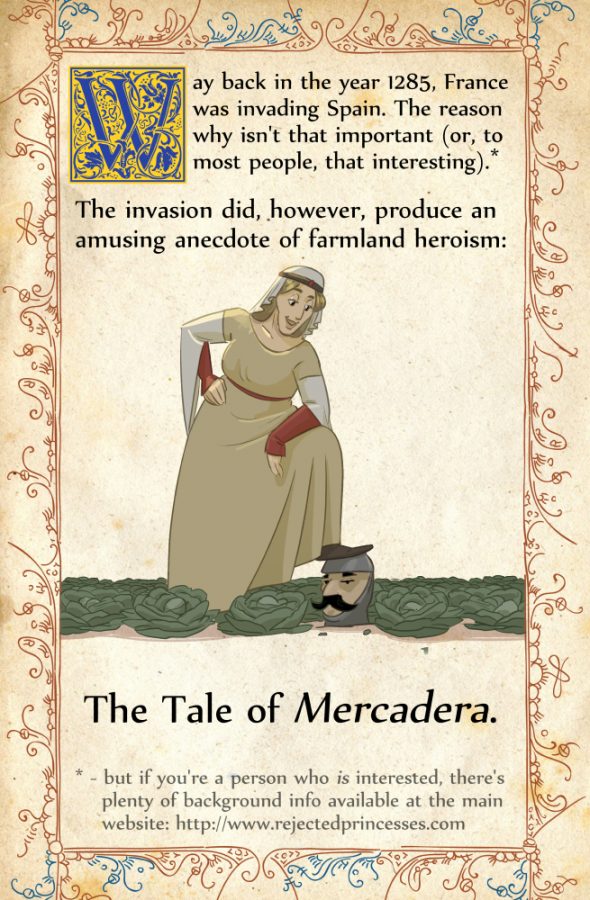 1 The conflict in question was the Aragonese Crusade – not to be confused with the Aragonese Conquest. The Crusade actually was tangentially related to the story of Isabella of France.[2. “Mercadera” translates directly from Catalan to “merchant,” despite what Google Translate might tell you (the fiend!). The original calls her “Na Mercadera,” which indicates she was the town’s only female merchant, and is perhaps best translated as “The Merchant” or “Our Merchant.” Thanks to arigata-the-neko on Tumblr for the help!] 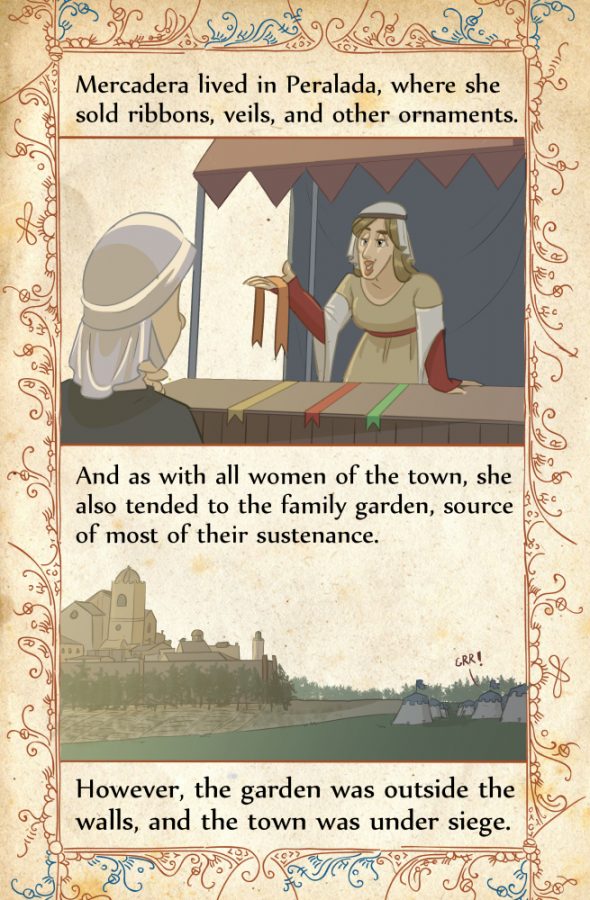 2 That’s based on a modern-day picture of Peralada, and it may not be accurate as to what buildings were built when. Sorry! 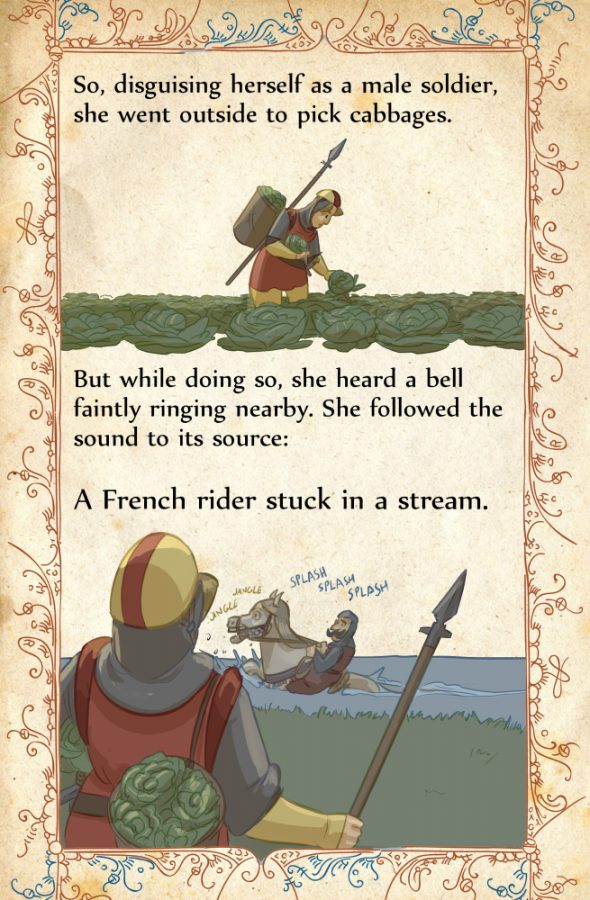 3 The translation I got a friend to do from the original Catalan said he was in a stream running between different farm plots. There’s an English translation that says it was a bit of a ravine. I had trouble picturing how that a stream detain a soldier for long, so I portrayed it as him having trouble with a disobedient horse. 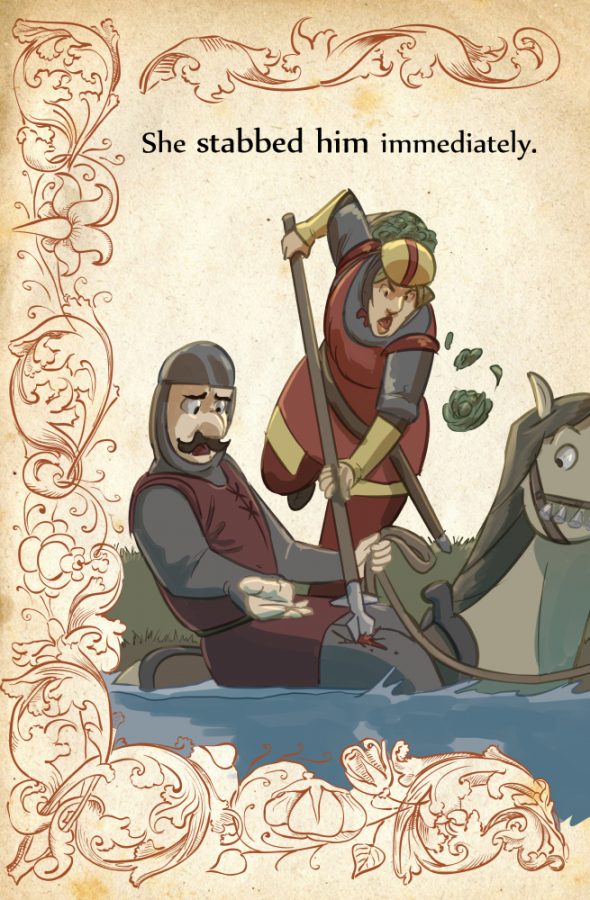 4 Apparently she did come outside with a spear, shield, and sword, all of which are described in the source text. 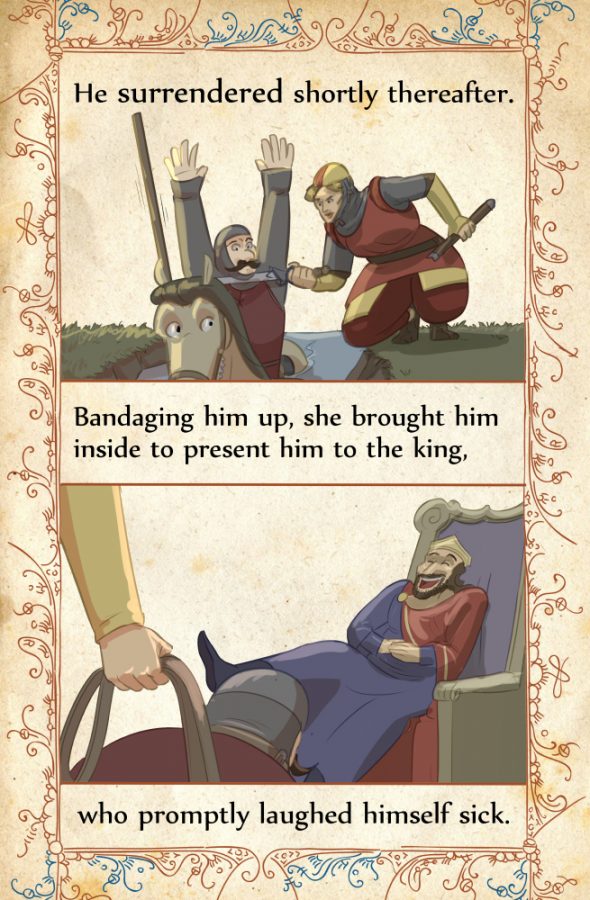 5 The story makes a point of saying how she obeyed the laws of chivalry in allowing him to surrender, and then additionally heaps praise on her for bandaging him up — making a note how she’d done both masculine (warrior) and feminine (healer) acts. 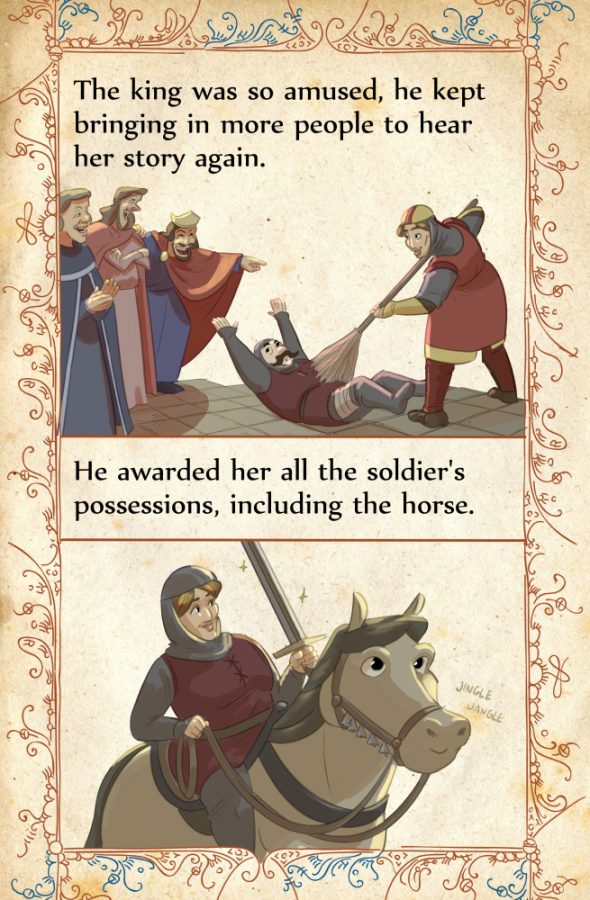 6 I love the idea that they made the French guy just perform over and over. In all likelihood they just kept him locked up, but I like this visual better. 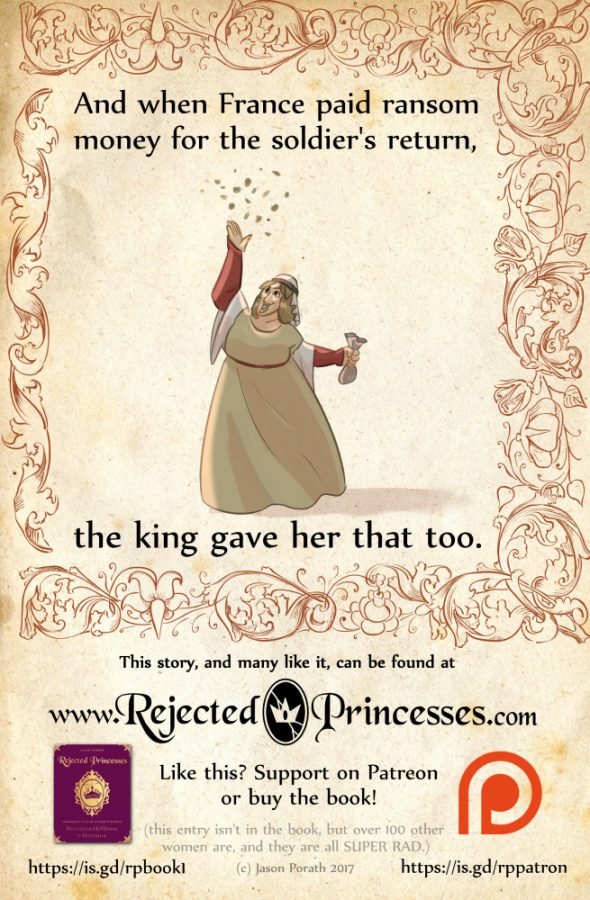 Holy hell, some of you actually got this right. PROPS. I was expecting NOBODY to get it.

Some gardeners catch rabbits, some catch groundhogs – but this Catalonian gardener caught a French knight.

This Miami queen may have gotten married 5 or 6 times, but her only true love was named Harley.