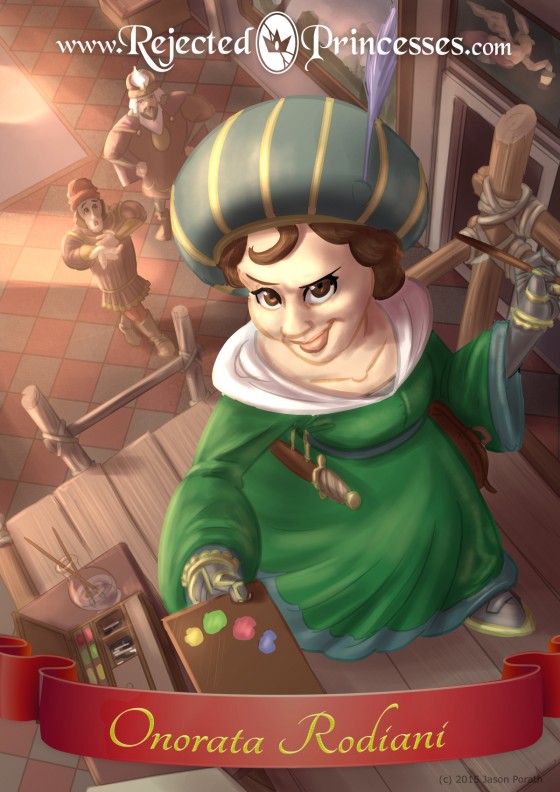 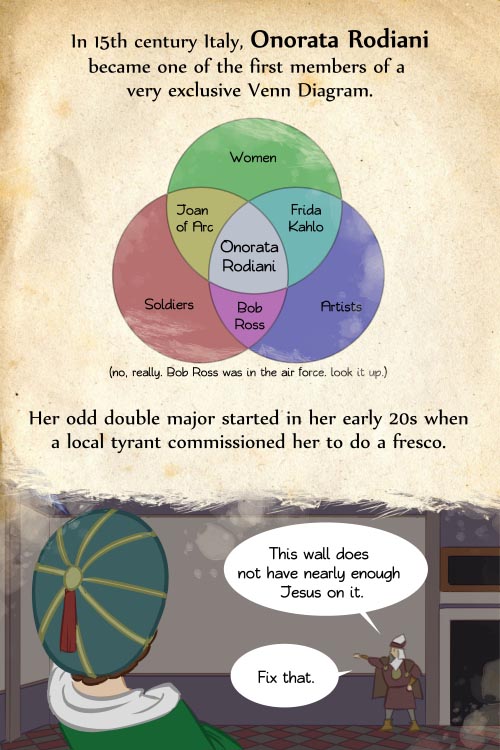 1 The guy’s name was Gabriolo Fondolo, and best as I can tell, tyrant was actually his title. It was one he seemed to earn – apparently the dude’s main regret in life was not throwing Pope John XXIII and Emperor Sigismund out a window when he had the chance. (source – and they’re talking about Antipope John XXIII, not regular Pope John XXIII. thank god nobody put them in contact with one another, they would have exploded.) 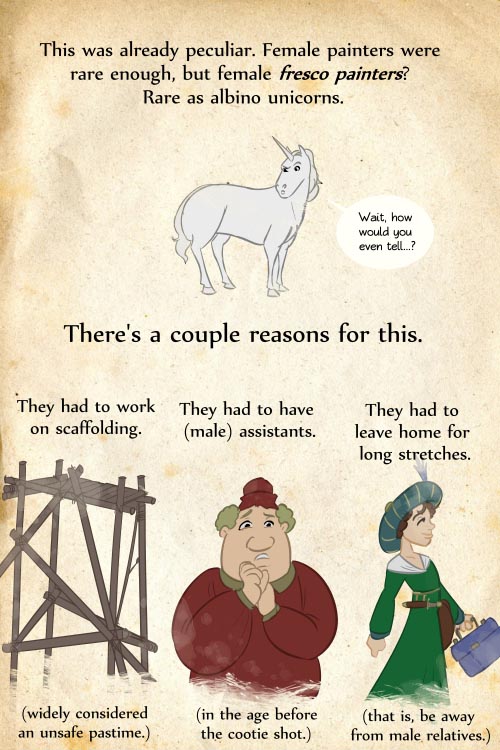 2 One of my sources claimed the only female fresco painter verified to have operated before Onorata was a 14th century Spaniard named Teresa Diaz. 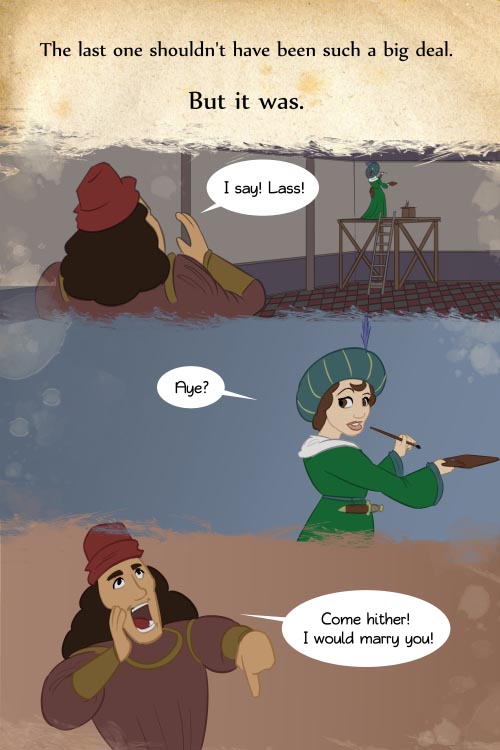 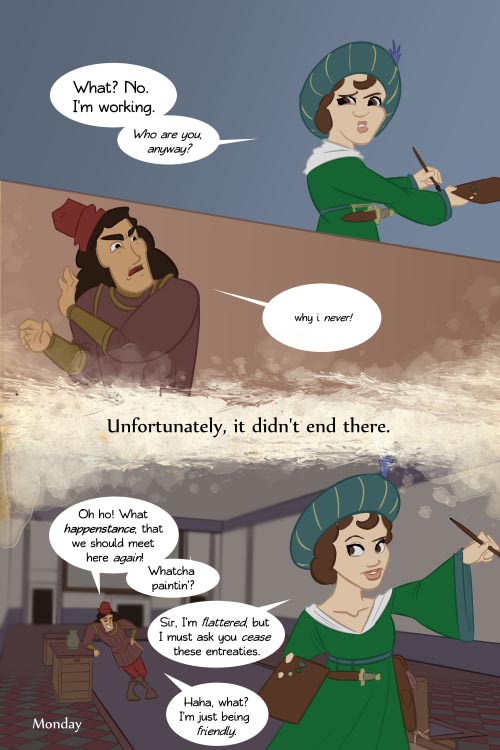 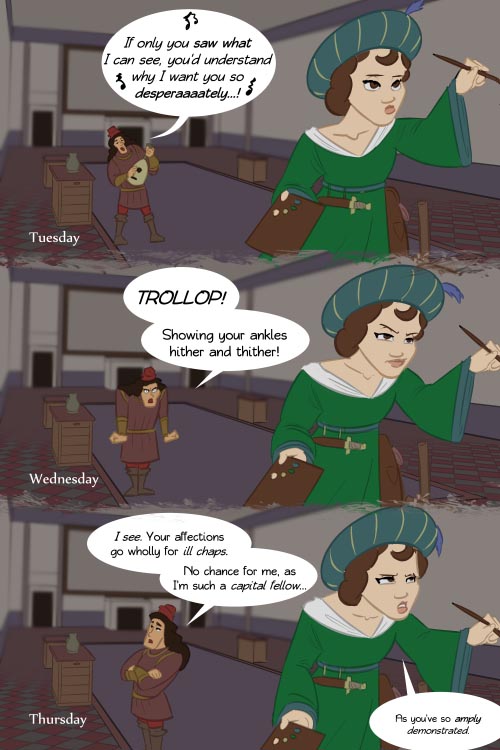 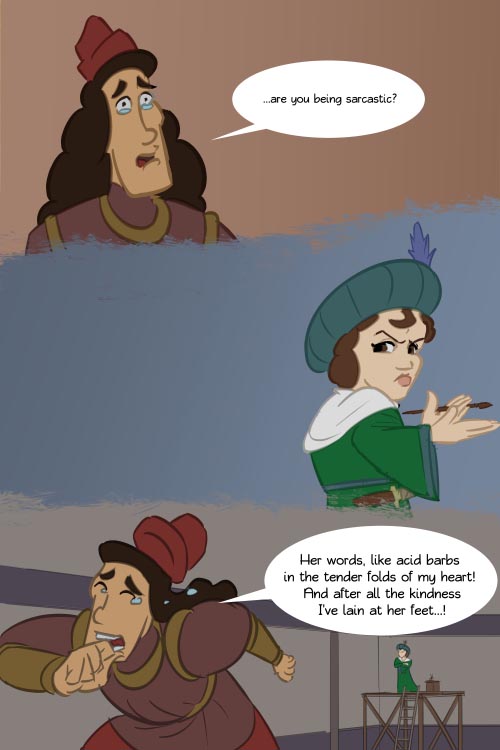 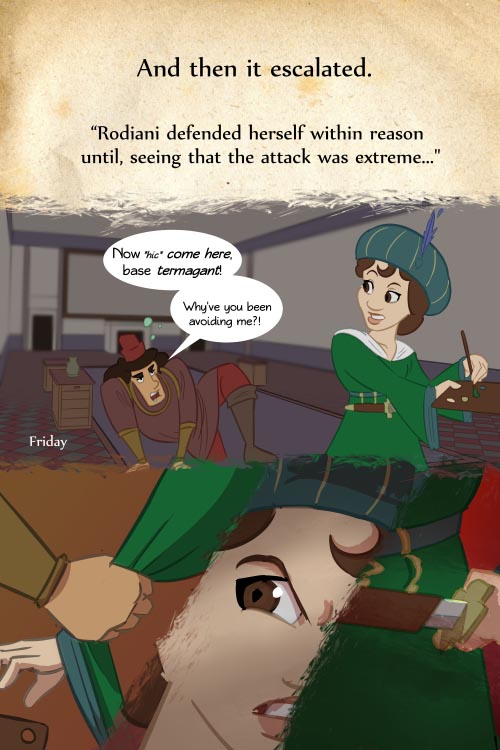 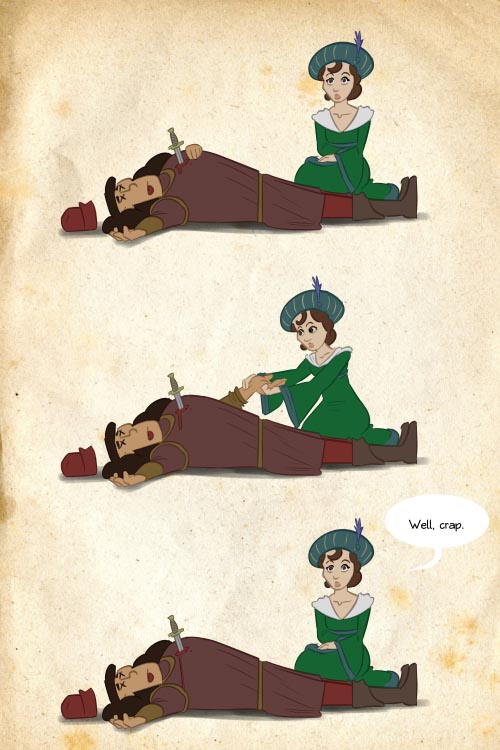 3 The sources actually don’t give much in the way of details about this abortive courtship, other than to say that he was persistent, that she didn’t reciprocate his feelings, and that he eventually resorted to violence. When he did, she stabbed him in the chest and killed him. 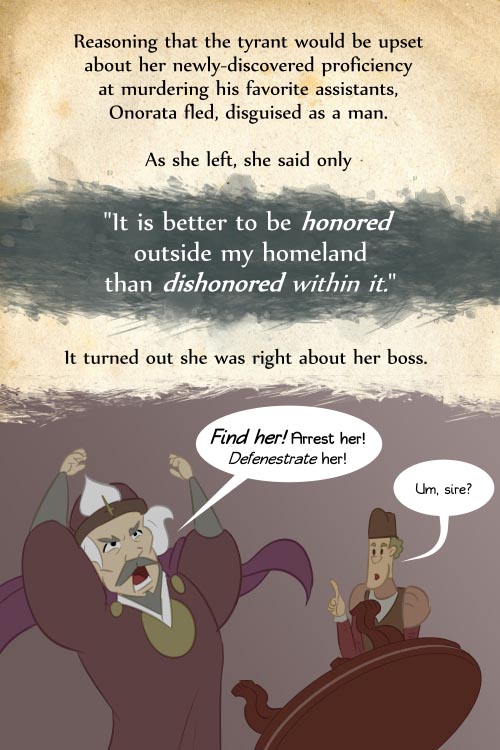 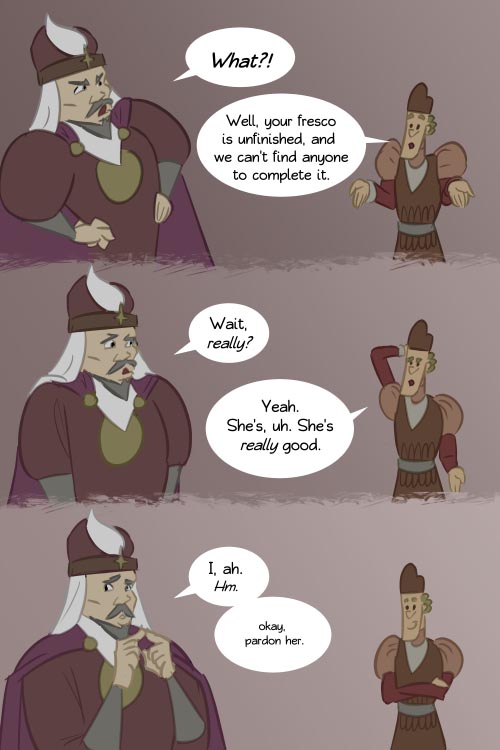 4 This part’s agreed upon by pretty much every telling – Fondolo pardoned her shortly after she fled. Also, the defenestration is a reference to his aforementioned frustration regarding papal window-tossing. 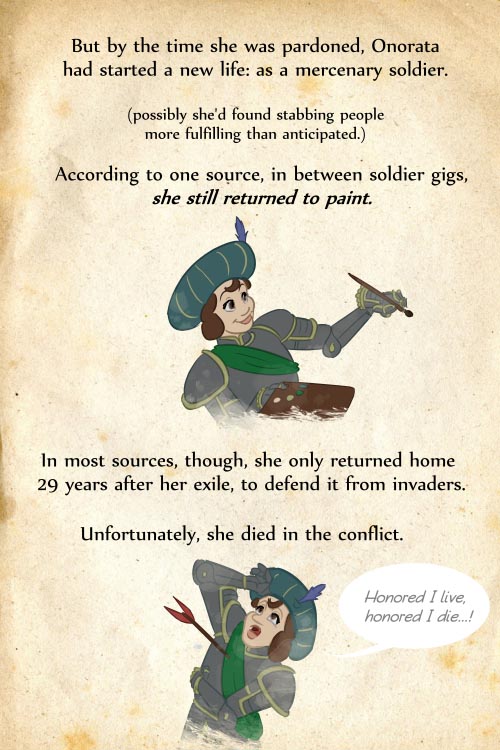 5 Curiously enough, Onorata died while in the employ of Conrado Sforza, defending Castelleone from Venetians. Sforza would go on to be the grandfather of incredible badass (and future RP) Caterina Sforza. As a (legendary) example of Caterina’s fortitude, when her children were held hostage outside a fortress she was holed up in, she ascended to the fortress ramparts, hiked her skirts, waved her nethers at her foes, and yelled, “I have the equipment to make more!” (This is likely an apocryphal story, but it was repeated at face value for centuries, which is a good indication of her reputation.) 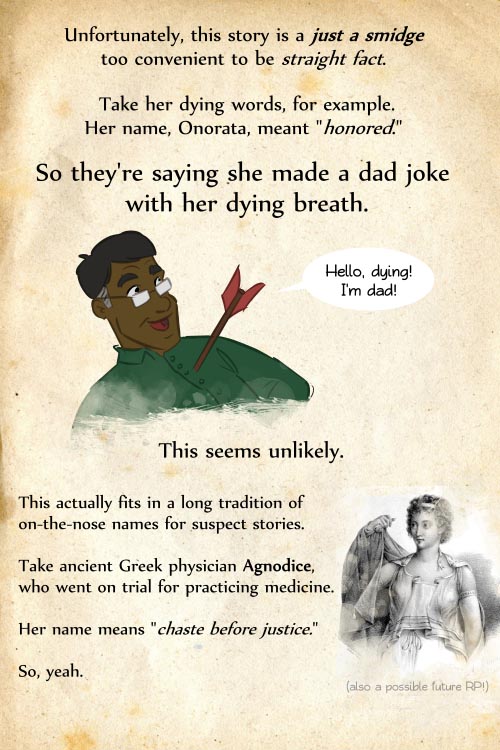 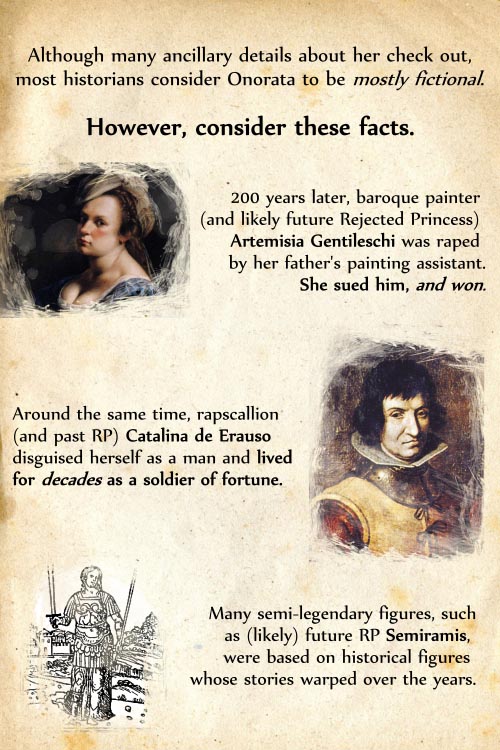 8 Catalina de Erauso’s entry can be found right here!9 Artemisia Gentileschi is in the book! 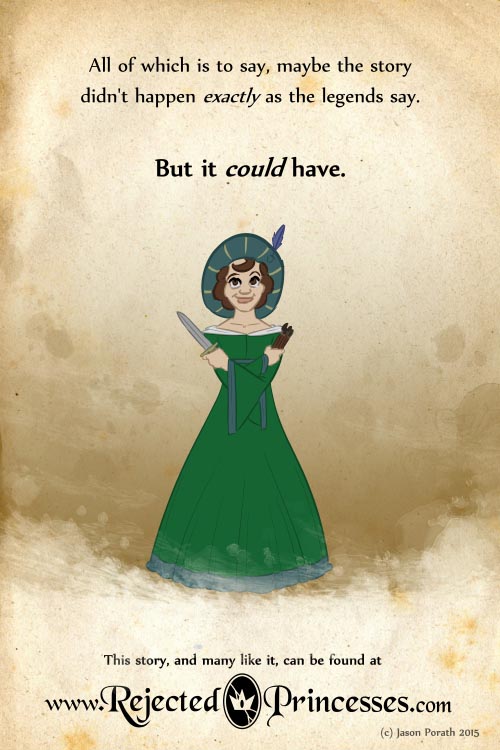 Pretty good, but not a clean sweep quite yet!

For this fresco painter/mercenary soldier, it was better to live honored in exile than dishonored at home.

Few have a better claim to be an O.G. than this Madame-er, Queen. 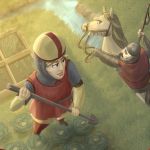 The Farmer Who Caught a Knight