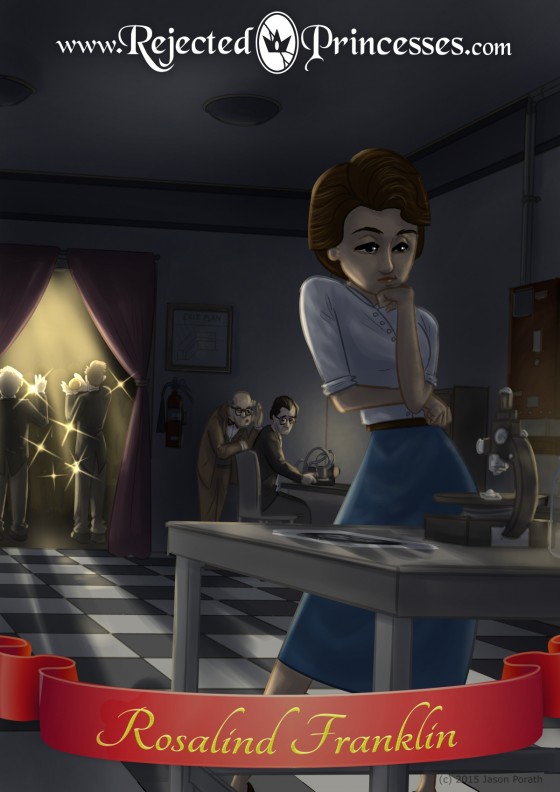 In 1962, three men received the Nobel Prize for Physiology and Medicine. Their acceptance speech was pretty standard – descriptions of their hard work, expressions of gratitude to their peers, and thanks to their collaborators. But one person was left off their acknowledgements, her contribution swept under the rug. Had this forgotten figure lived but four more years, she might have been at the podium herself. Or at least put up a good fight in the process.

The men were James Watson, Francis Crick, and Maurice Wilkins. The woman was Rosalind Franklin. Their discovery was DNA. 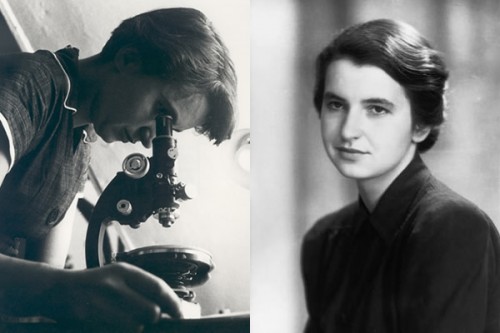 Franklin was a rare breed from the start: a woman, a scientist, and a fighter. Throughout her upbringing, she questioned authority with a probing mind. When taught about God in her Jewish upbringing, she asked, “how do you know He isn’t a She?” In university, she lobbied to get into harder and harder math courses, only to, upon acceptance, proceed to  argue with her professors — and win. She wasn’t rude about it (at least not usually), but she did love a good argument. It was how she honed her ideas.

This trait put her in a tough situation when it came to the workplace. To start, she was at a disadvantage as a woman, with her gender only recently being allowed to participate in the field by most institutions, and generally encouraged to be quiet and docile. Her pugnacious nature only made this shaky standing worse. In her first job, she butted heads with her boss, a bull-headed scientist who was at the time succumbing to heavy drinking. Her second and third jobs, where she could bounce ideas off of fellow intellectuals, proved happier. In these, she made major advances in understanding the nature of carbon and becoming proficient in X-ray diffraction1 Her work on carbon saw her identify the different types of carbon, and how porous each was. This led to her demonstrating the concept of molecular sieves before anyone else, which would prove enormously useful to science and manufacturing down the line. Moreover, her work proved instrumental in the manufacture of graphite and derivative substances, an area of research which is still producing amazing results to this day.. Her fourth job, though, was one so miserable it made history. 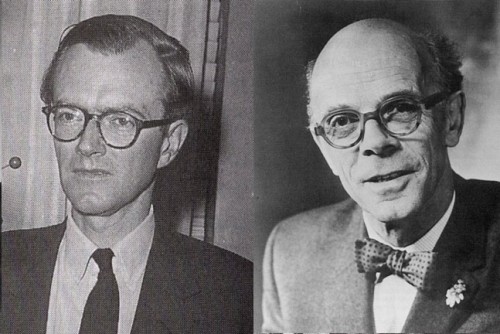 “You had to argue strongly with Rosalind.”

This job — at King’s College, London — sounded good to begin with. The scientists there had already made some intriguing advances regarding the structure of DNA, and Franklin’s expertise with X-rays could help them solve it once and for all. There were problems from the get-go, though. The macho atmosphere there was described by one biographer as  “barracks-room beer-drinking camaraderie.” Despite approximately a third of the scientists being women, only men were allowed in the main common room, where they had lunch, coffee, and discussed the problems of the day. This cut off her much-needed access to her peers.

The bigger problem, however, was her partner, a mousy fellow named Maurice Wilkins. Although seemingly compatible on paper, the two emphatically did. not. get. along. Whereas Franklin was used to sharpening her ideas by discussing them with colleagues, Wilkins was a shrinking violet who avoided conflict at all costs. In the words of their Ph.D student, Raymond Gosling, “if you believed what you were saying, you had to argue strongly with Rosalind if she thought you were wrong, whereas Maurice would simply shut up. He wouldn’t really go out on a limb and justify himself.”

Their inability to work together proved a tragedy. Their difficulties exacerbated by a scheming manager who actively pitted the two of them against one another, the two eventually ceased collaborating altogether. Although they were mere inches from the finish line, progress slowed to a crawl. And striding right into the gap between these two scientists came Watson and Crick. 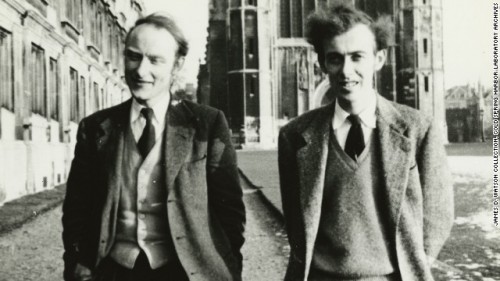 Now, upfront, it should be recognized that Watson and Crick are/were both brilliant scientists with many positive traits. None of which will be covered by this writeup.

Watson and Crick were latecomers to the search for DNA’s structure. Building off of others’ works, but without a solid grounding in chemistry, the duo made some early incorrect guesses as to DNA’s structure2 They supposed it was three helixes, with the protein pairs on the outside, whereas it was two helixes, with the protein pairs on the inside., which were thoroughly shot down by Franklin. Finding her difficult to deal with (Watson, on first meeting her: “momentarily I wondered how she would look if she took off her glasses and did something novel with her hair.”), the two began talking with her erstwhile partner Wilkins. Frustrated and isolated, Wilkins secretly handed over some of Franklin’s work without her permission.

The rest is history. Without her knowledge, Watson and Crick used her work – primarily “Photo 51,” a diffraction result demonstrating the helical nature of DNA – to rush out a paper, and won the Nobel Prize for “the most important scientific discovery of the 20th century.” Wilkins himself, ever self-effacing, took a back seat on the work and allowed them to bask in the glory. Franklin, who’d been maybe three months away from solving the problem herself, remained unaware of their usage of Photo 51 for the rest of her life3 She’d even been extremely collegial with them, writing letters in a familiar tone and staying with the Cricks when she became very ill. Suffice to say, if she’d known, she would have been somewhat less neighborly., which was tragically short. After some brief work on the tobacco mosaic virus, she died of ovarian cancer, possibly brought on from her work with X-rays. She was 39. 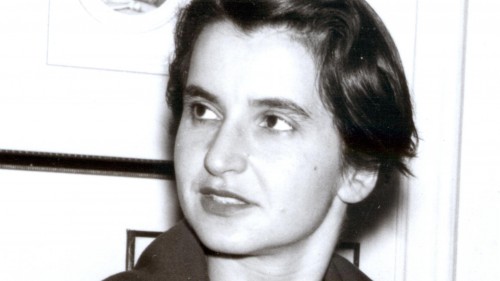 And that would have been that, if it were not for James D. “the D is for Douchebag” Watson4 Look, he probably isn’t that bad. Undoubtedly he has good qualities. They are not on display in his history with Franklin..

“I wondered how she would look if she took off her glasses and did something novel with her hair.”

Not content to rest on his laurels, Watson published a book called The Double Helix. Coming out 10 years after Franklin’s death, it characterized her as a bumbling shrew, unable to understand her own results. It called her ugly, insulted her fashion sense, and referred to her as Rosy5 This nickname was not overly diminutive on its face — but it was a familiarity which Franklin disliked, going only by Ros with her very close friends and family members. Watson did not fall into this group.. The depiction was so bad that her family said that they would have rather she be forgotten by history than to be remembered as Watson described her. Crick and Wilkins begged Watson to take those parts out or at least amend them, but he refused. The book — which was originally to be titled “Honest Jim,” I shit you not — was initially to be published by Harvard University Press, but they dropped it after Crick and Wilkins raised hell. Watson charged forward and published it elsewhere.

There is a silver lining, though. In the aftermath of The Double Helix’s spurious claims, many began to look into what really happened in the search for DNA, and the true story of Rosalind Franklin gradually came to light. In the decades since, many awards, scholarships, and even university departments have been named after her. Watson and (the now late) Crick repeatedly apologized for omitting Franklin’s contribution. Over the years, Watson’s eccentricities only became more and more apparent, with him voicing support for genetic engineering to wipe out stupid and ugly people, and making remarks suggesting Africans are genetically inferior to other ethnicities. These statements have led to such a degree of ostracism for Watson that in 2014, he became the first ever living Nobel Prize recipient to auction off their medal.

All of which is to say, the wheels of karma grind slow but strong. Rosalind Franklin may have been a woman too strident to be honored in her time, but the future has not forgotten her. 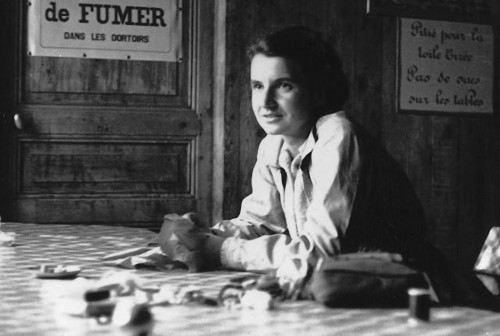 Good god, a lot of you guessed this go-around. That’s what I get for doing more well-known figures!

This brilliant scientist was left out of the picture, even though the picture was one she helped develop.

To reunite with her husband, this intrepid Peruvian undertook one of the most harrowing journeys in history — and proved its only survivor. 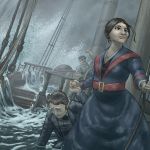 The First American Woman to Command a Ship 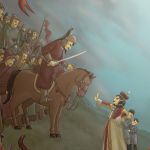 Princess Who Runs the State