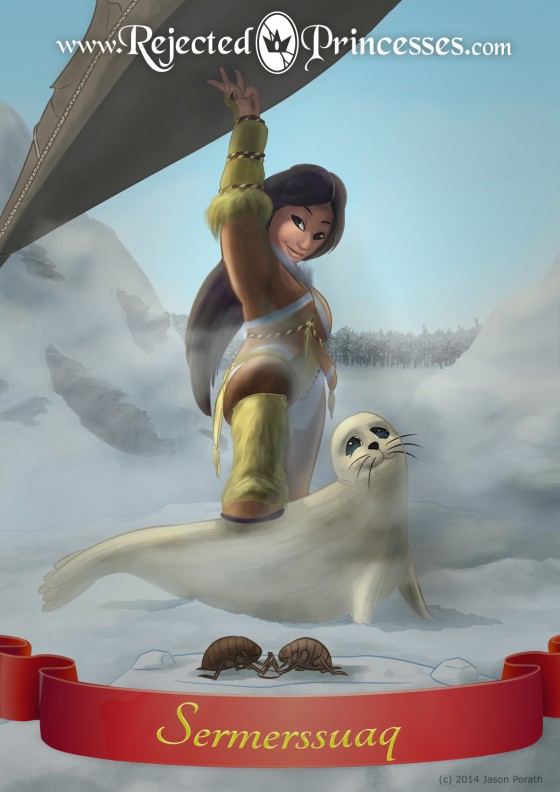 Here’s the story of Sermerssuaq as I first found it:

Sermerssuaq was so powerful that she could lift a kayak on the tips of three fingers. She could kill a seal merely by drumming on its head with her fists. She could rip asunder a fox or hare. Once she arm-wrestled with Qasordlanguaq, another powerful woman, and beat her so easily that she said: Poor Qasordlanguaq could not even beat one of her own lice at arm-wrestling. Most men she could beat and then she would tell them: Where were you when the testicles were given out?

Pretty badass, right? What I didn’t know is that description left out the end of the story, which is kind of important.

Most men she could beat and then she would tell them: Where were you when the testicles were given out?

I’d come across Sermerssuaq’s story online while trying to find Inuit fairy tales. I tracked it down toLawrence Millman’s A Kayak Full of Ghosts, and found out the story had an additional three sentences:

Sometimes this Sermerssuaq would show off her clitoris. It was so big that the skin of a fox would not easily cover it. Aja, and she was the mother of nine children too!

…at which point I had some questions.

I flipped to the back of the book, searching for more info – because, holy citation needed, Batman. At which point I came across this note:

“Told as a joke at a birthday party, Innuit Point, Northwest Territories.”

Which left me with SO MANY MORE QUESTIONS.

So I tracked down the author and emailed him about it, asking about the cultural context surrounding it (were they screwing around with the white guy?). He replied:

The story may have had some distribution as a joke, but it’s definitely not an official folk tale. On the other hand, it has many of the same motifs that folk tales have, so I included it in the book. Inuit folktales make dada and surrealism seem altogether unimaginative.

…and man, he wasn’t kidding. Here’s another story from the book, in its entirety:

Namik lacked all wisdom. He went out to hunt during a plague of shooting stars. The stars dripped down on him just a little. But this was enough to transform poor Namik into a greyish patch of lichen forever.

Moral: Remain indoors or the star shit will get you.

I’m not kidding. I was so blown away by the sheer weirdness of Inuit folk tales that I took pictures of some of the weirder stories (in one case, the weirdest story) and posted them up, because HOW COULD I NOT.

So, yes – let this entry serve as an outpost for the “too offbeat” section of the site. Remember, if women can do anything, they can certainly be weird. 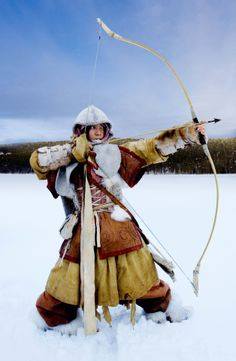 Inuit Assassin’s Creed: continued!
Ever thought that Inuit (or Mi'kmaq, or Inupiat) clothing is awesome? This is the post for you.

Depending on who you ask, this Pakeha pirate was either a vicious thug or a protective mother. Maybe both.