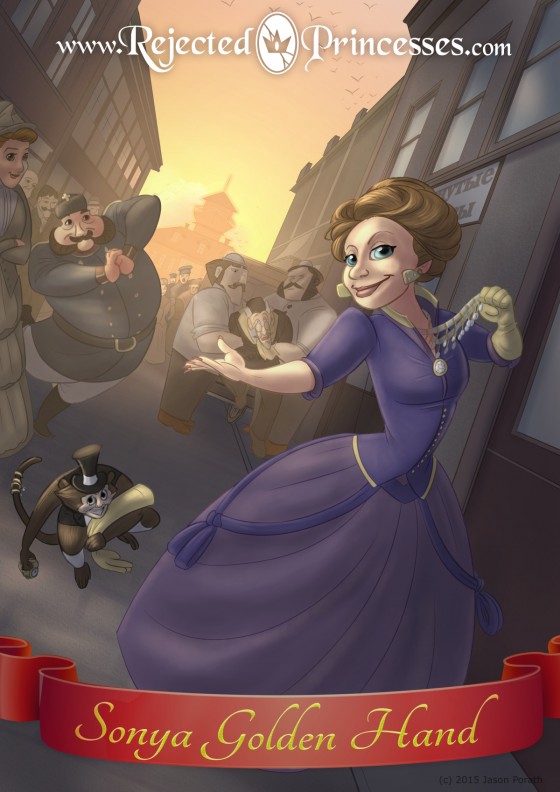 It’s telling that even after police captured the infamous Russian thief Sofia Blyuvshtein (better known as Sonya Golden Hand1 Also spelled as Son’ka or Sonka – and that’s before getting into the alphabet soup that are the alternate spellings of her real name), nobody was 100% sure it was actually her. After all, she’d escaped from countless prisons – including one in Siberia! – and went through fake identities like a shark through water. It’s little wonder that her body disappeared after her death, reportedly to be buried by her confidantes in an unmarked grave in Moscow — a grave that even now serves as a spot of worship for aspiring thieves.

For Sonya Golden Hand is their saint.

Little is concretely known of Sonya’s early life – or even her later life, for that matter. She claimed, in a court transcript, to have been born in Warsaw to Jewish parents, but who knows?2 Reader Cykuta actually chimes in with some additional info on this:

She was born in Powązki (the “ą” bit is important). Nowadays, it’s a district of Warsaw, but around the time of her birth, it was a village of 8 buildings (there’s a 1856 document testifying that), owned by a rich Jewish proprietor, and adjoining a military base. (Russian army, since this at the time Poland was partitioned and technically part of Russia). Powązki was formally added to the Warsaw administrative district in 1916. She was not exactly the world’s greatest truth-teller. It’s uncertain how she even got started as a criminal. More certain is that she was friggin’ spectacular at it. 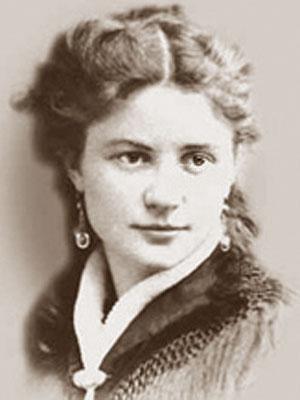 Probably the most illustrative story of her overwhelming criminal chutzpah is the Von Mel heist. The scam started with her pretending to be the wife of a famous psychiatrist, and in said guise, asking a jeweler named Von Mel to come by their house with some of his wares. She met Von Mel there and took the jewelry, telling him that her husband would be there soon to pay him. When the psychiatrist showed up, though, he came with two orderlies and had Von Mel committed, on the grounds that he’s crazy.

By the time the two figured out what she’d done, she was long gone, almost certainly practicing her best strut.

The devil’s own resume

There’s a ton more stories about her. Here are a few, of varying verifiability:

Additionally, she was linked to a number of different crimes to which nobody could ever directly link her — the murder of a rich shopkeeper, the robbery of a banker on a train, the theft of 56,000 rubles from a Jewish merchant, a vodka smuggling ring inside of prison, on and on. Evidently, she got bored easily.

End of a Life, Beginning of a Legend

In the end, she was betrayed by one of her lovers, a man named Wolf Bromberg – and let’s be honest, that’s partly on her for trusting a guy named “Wolf.” She was sent to prison in Siberia, which she escaped by seducing a guard into running away with her. Then she was recaptured and sent to Smolensk, which she also escaped. Finally she was sent to a prison on the island of Sakhalin, which she escaped three times, only to be caught repeatedly. 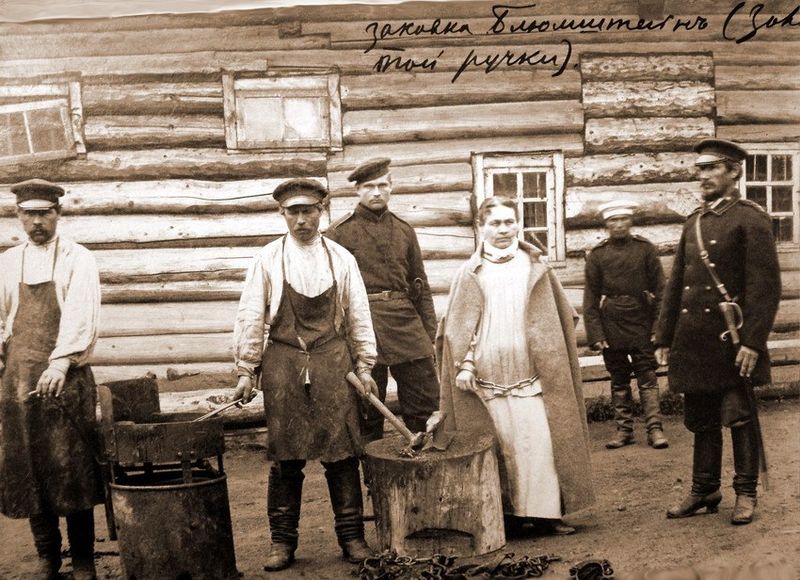 Sakhalin was brutal on her. While in prison, she was visited by writers Anton Chekhov and Vlas Doroshevich, who each reported on the torturous conditions she endured. After a period of sadistic whipping, she was left in manacles for 32 months, which left her arms withered and constantly in pain. A photograph of her being shackled was made into a popular postcard, which she described as the greatest punishment: “This is such a picture of human degradation! They tortured me with these photographs.”

After her death, her stature grew even more. She was the subject of a series of novels, silent movies, a 2007 TV show, and a sequel show about her later life. The headless, armless Moscow statue that supposedly marks her grave became a pilgrimage point for thieves, and even today you can see messages like “Sonya, help us to become good thieves!” 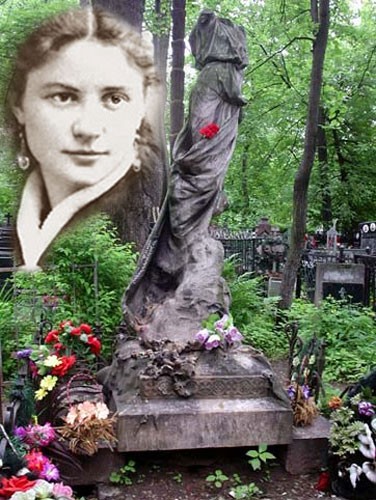 Getting the art done on this was pretty torturous, for reasons I’ll elaborate on in a separate post. But here’s some of the callbacks:

I have no booth, but I’ll be wandering around Thursday and Friday! I’ll try and wear a “Rejected Princesses” shirt so you can recognize me. If you see me, feel free to say hi! I look like this. 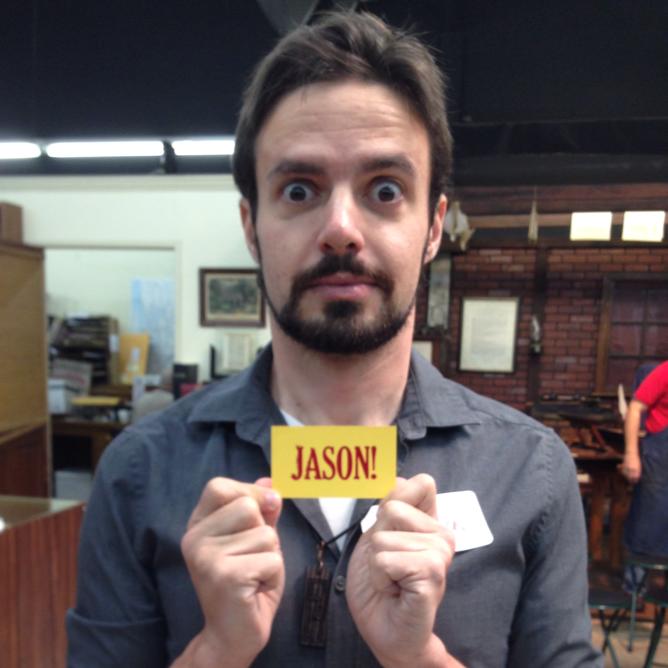 First off, thanks to Arabella Caulfield for suggesting this! I never would have known about her otherwise.

Second off, thanks to my friends Marina and her dad Alex for helping with translation help! This was a tricky one to research.

As for the hint, I think this was possibly the hardest hint I’ve ever given. I’ll lighten up for next time, promise! Here’s those of you who got it right:
jolly_ro, Amanda Schultz, Oli, Rance Fawbush, @californiapoppunk, Arabella Caulfield, Breann

Next week is an American holiday and I’m going out of town, so I’m going to skip next week — back in two weeks with another non-warrior entry. Here’s your hint:

This patron saint of thieves had the golden touch.

This unconventional explorer proved it was never too late to start traveling – until she met her end at the hands of a previously-covered Rejected Princess.