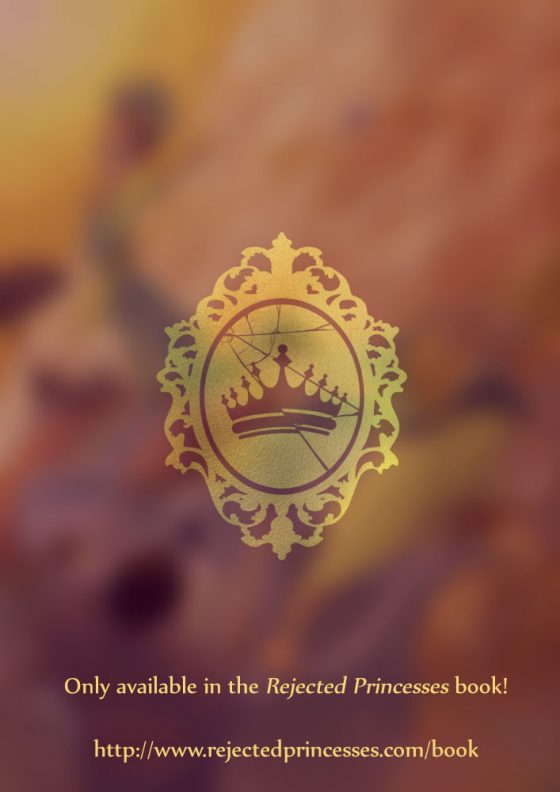 The first editions of the RP book list Vietnamese reunification as having happened in 1976. It actually happened in 1975. Thanks to Tony Nguyen for writing in with a correction!

I wanted to get across the idea of the two sisters’ personality differences in this picture – one older, calmer, knocking arrows out of the air; the other younger and brasher, attacking lancers while standing on an elephant trunk. The two have matching outfits with the color schemes reversed. They’re often portrayed with feather headdresses and in yellow and green, so I followed with that. The bad guys’ outfits and arrow feathers are blue, contrasting the Trungs’ greens and yellows.

In the background are two of the other women who helped them: on horseback is Le Chan, and clutching her baby and a sword is Phung Thi Chinh.