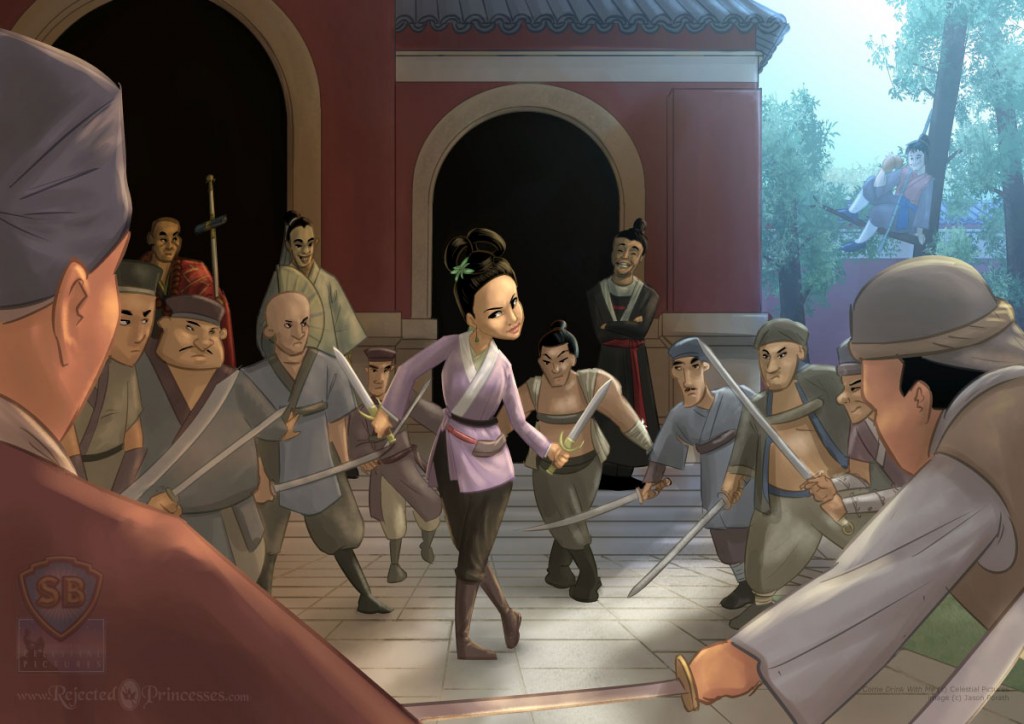 Watching Come Drink With Me fifty years after its release is a peculiar delight.

One can only infer how it was meant to be taken at the time. It starts in standard enough fashion – there’s bandits! They’re a menace! The government can’t stop them! It’s only after a display of his power that the bandit leader learns of a single person that could stand in his way: a warrior named Golden Swallow. Grinning wide, the bandit leader says “I look forward to meeting him.”

From there, things start to go a little differently than one might expect.

You see, the bandit mob is blithely unaware that she’s a woman. Even as she repeatedly mows down mobs of them in her search to rescue her brother (whom the bandits have kidnapped), it takes the bandits over half the movie before they even seemingly entertain the possibility of her gender. This isn’t a mistake of translation: I ran scenes of the movie by Chinese-speaking friends and verified that, yes, they refer to her as a man for the first half of the movie. To the bandits, and possibly some of the movie-going audience of the time, it was unthinkable for a woman to assume such a role.

Which, to be fair, it kind of was. While women had long ruled the Hong Kong box office prior to movies like this one, almost universally they starred in dramas, not kung fu movies. Come Drink With Me was an iconoclastic movie in that regard — as well as others. Not only was it a female-led martial arts movie, its action scenes held a balletic grace that stood in stark contrast to the gory schlock characteristic of its action movie contemporaries.

The gracefulness of Come Drink With Me is a direct result of the two breakout stars of the piece: director King Hu and actress Pei-pei Cheng. Largely uninterested in martial arts, King Hu took Beijing Opera as his aesthetic inspiration, casting a ballet dancer instead of a martial artist in the lead role. This shows: as the bandits repeatedly horde around Cheng’s Golden Swallow, falling over themselves to attack her, she moves purposefully, exuding an intimidating confidence unmatched by anyone on screen. The fights are closer to stylish dance than realistic combat.

While it wasn’t a huge hit at the time, Come Drink With Me cast a long shadow on much that came after. The filmic rhythm portrayed here — a translation of Beijing opera aesthetic to the filmic medium — would be mimicked, remixed, and perfected across the genre over many decades, influencing action scenes for generations to come.

You can see it in the films of Quentin Tarantino. Not only was he was actually attached to direct a remake of Come Drink With Me at one point, but at the beginning of Kill Bill, he actually put a logo for the Shaw Brothers studio, the one famous for producing movies like Come Drink With Me.

You can see it in anime and video games. Just look at the slow/fast/slow rhythm of Final Fantasy: Advent Children and you can see some distant relation to the Beijing Opera-inspired Come Drink With Me.

And you can see it very directly in films like Crouching Tiger, Hidden Dragon. Not only is Crouching Tiger’s flying wuxia style a continuing translation of Beijing opera tropes, but Pei-pei Cheng actually stars in the movie, literally training a new generation of female martial artists. 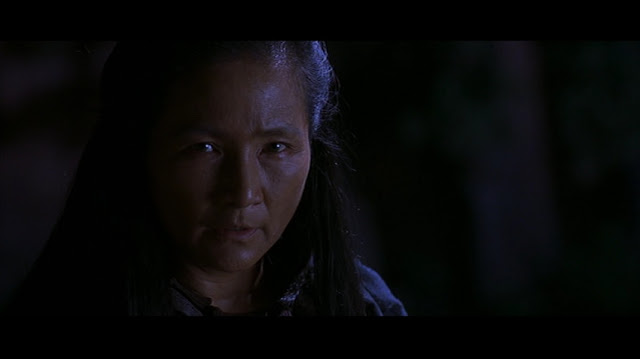 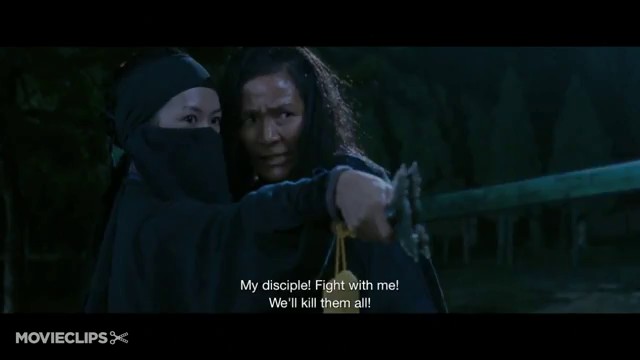 Now, Come Drink With Me is not a perfect movie. The sound work leaves something to be desired, some of the pacing is uneven, and near the end the movie unfortunately shifts focus away from Golden Swallow. Nevertheless, it’s a genuine joy to see a woman boldly stride forth and mow down wave after wave of bandits — and to get a glimpse in the final act that she’s far from the only female butt-kicker in the world of this movie.

Come Drink With Me can be found at www.itunes.com/shawbrothers and at www.hulu.com/companies/shaw-brothers