Comics
Takeko Nakano (1846-1868)
The Samurai Who Refused to Die Quietly
When the end of an era was at hand, this samurai woman refused to go gently.
Comics
Kate Leigh and Tilly Devine (1881-1964 and 1900-1970)
The Queens of the Sydney Underworld
America had Al Capone. Sydney had Kate Leigh and Tilly Devine - who *hated* each other.
Comics
Isabella of France (c.1295-1358)
The She-Wolf of France
After years of neglect and abuse from her husband, this queen raised an army and took over England for herself.
Comics
Gouyen (c.1857-1903)
Wise Woman of the Apache
When an enemy killed her husband, this Apache woman broke the rules of her tribe to get revenge - and in so doing, became one of her tribe's greatest heroes.
Comics
Jeanne de Clisson (1300-1359)
The Lioness of Brittany
When her husband was unjustly executed, this French noblewoman-turned-pirate became the terror of France.
Comics
Lyudmila Pavlichenko (1916-1974)
The Deadliest Female Sniper in History
When her beloved college of history was bombed by the Germans, this woman began a dark path that would see her become history's deadliest female sniper -- and one of Eleanor Roosevelt's best friends.
February 22, 2016 in Modern Worthies 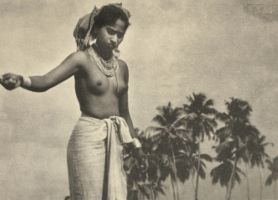 In the 19th century, one woman's protest against an oppressive tax led to its end, as well as her own.
Micaela Almonester (1795-1874)
The Survivor Baroness of New Orleans
After decades of gaslighting and emotional abuse at the hands of her in-laws, this iron-willed woman survived being shot four times point blank, won a separation from her husband, and became one of the most respected business icons in New Orleans.
Comics
Isabel Godin des Odonais (1728-1792)
The Woman Who Lived
To reunite with her husband, she went on a months-long trek through the jungle -- and was the only survivor.
Comics
Zenobia (240-?)
Syria's Rebel Queen
3rd century Rome had a major woman problem. Her name was Zenobia, and she took over a huge chunk of their empire in her brief and tumultuous career as rebel queen.

Marie Colvin’s Private War Foreign correspondent Marie Colvin was on the front lines of conflict zones, no matter the physical…

Instigated a massive "women's war" against British taxation, the effect of which was one part protest movement, one part comedy roast, and one part block party.