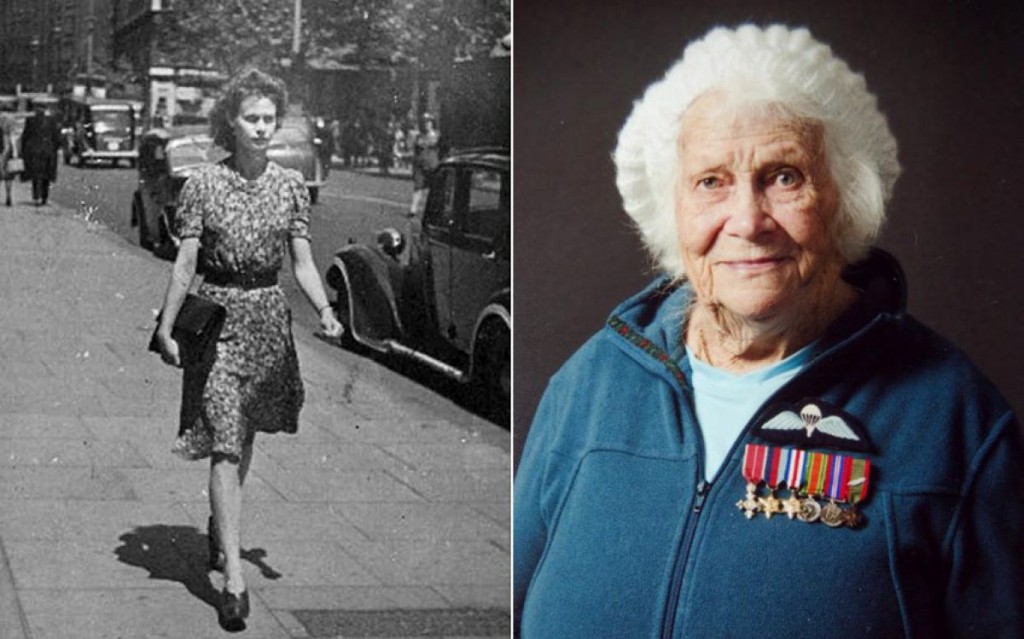 From A Mighty Girl:

Wartime spy finally accepts she is a French heroine – Telegraph

At age 23, British secret agent Phyllis Latour Doyle parachuted into occupied Normandy in May 1944 to gather intelligence on Nazi positions in preparation for D-Day. As an agent for the British Special Operations Executive (SOE), Doyle secretly relayed 135 coded messages to the British military before France’s liberation in August. For seventy years, her contributions to the war effort have been largely unheralded but, last week, the 93-year-old was finally given her due when she was awarded France’s highest honor, the Chevalier of the Legion of Honour.

Doyle first joined the Women’s Auxiliary Air Force at age 20 in 1941 to work as a flight mechanic but SOE recruiters spotted her potential and offered her a job as a spy. A close family friend, her godmother’s father who she viewed as her grandfather, had been shot by the Nazis and she was eager to support the war effort however she could. Doyle immediately accepted the SOE’s offer and began an intensive training program. In addition to learning about encryption and surveillance, trainees also had to pass grueling physical tests. Doyle described how they were taught by a cat burglar who had been released from jail on “how to get in a high window, and down drain pipes, how to climb over roofs without being caught.”

She first deployed to Aquitaine in Vichy France where she worked for a year as a spy using the codename Genevieve. Her most dangerous mission, however, began on May 1, 1944 when she jumped out of a US Air Force bomber and landed behind enemy lines in Nazi-occupied Normandy. Using the codename Paulette, she posed as a poor teenage French girl. Doyle used a bicycle to tour the region, often under the guise of selling soap, and passed information to the British on Nazi positions using coded messages. In an interview with the New Zealand Army News magazine, she described how risky the mission, noting that “The men who had been sent just before me were caught and executed. I was told I was chosen for that area (of France) because I would arouse less suspicion.”

She also explained how she concealed her codes: “I always carried knitting because my codes were on a piece of silk — I had about 2000 I could use. When I used a code I would just pinprick it to indicate it had gone. I wrapped the piece of silk around a knitting needle and put it in a flat shoe lace which I used to tie my hair up.” Coded messages took a half an hour to send and the Germans could identify where a signal was sent from in an hour and a half so Doyle moved constantly to avoid detection. At times, she stayed with Allied sympathizers but often she had to sleep in forests and forage for food.

During her months in Normandy, Doyle sent 135 secret messages — invaluable information on Nazi troop positions that was used to help Allied forces prepare for the Normandy landing on D-Day and during the subsequent military campaign. Doyle continued her mission until France’s liberation in August 1944.

Following the war, Doyle eventually settled in New Zealand where she raised four children. It was only in the past 15 years that she told them about her career as a spy. In presenting the Chevalier of the Legion of Honour to Doyle last week, French Ambassador Laurent Contini commended her courage during the war, stating: “I have deep admiration for her bravery and it will be with great honor that I will present her with the award of Chevalier de l’Ordre National de la Légion d’Honneur, France’s highest decoration.”

This spy defeated Nazi intelligence with knitting and hairbands. Awe-inspiring. (thanks to Laura Gluhanich for sending it in!)