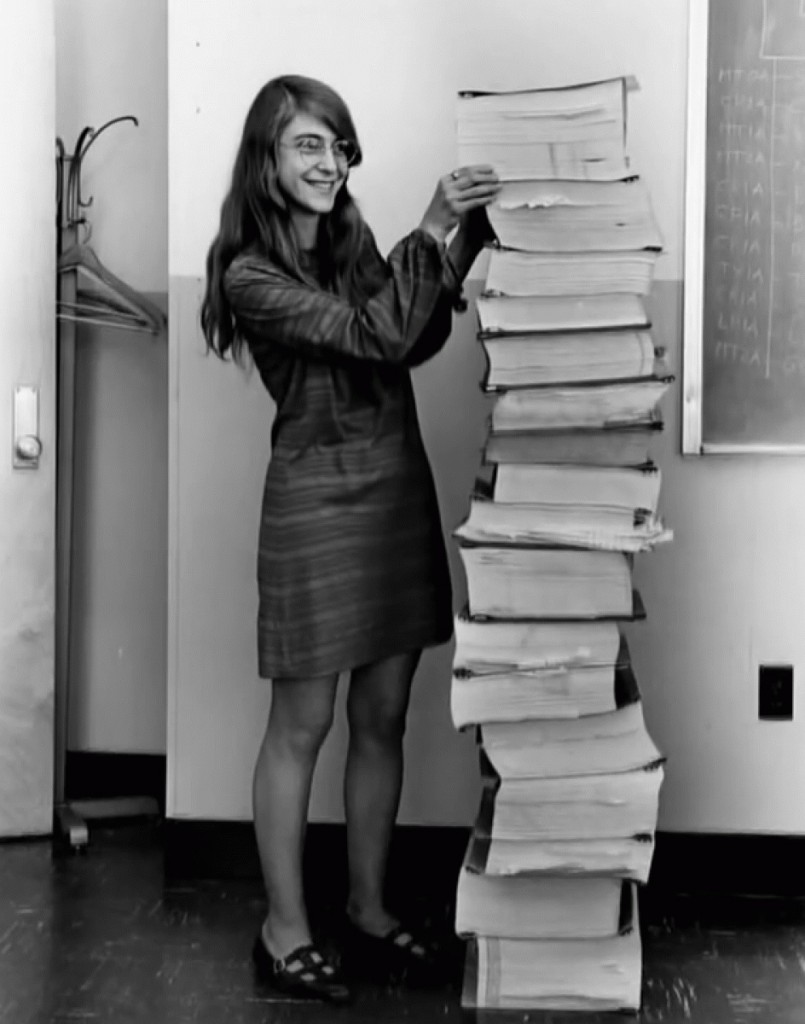 Hamilton’s work prevented an abort of the Apollo 11 moon landing. Hamilton coined the term “software engineering.” Hamilton was a badass.

(via Kim Tang – thank you for sending it in!)

Toy company Lego to produce Women of NASA set
And their choices are truly stellar.

Rise of the Rocket Girls
A new book tells the story of the women who worked at NASA in what would later become the Jet Propulsion Laboratory.
Next: Priya
Previous: Phylis Latour Doyle

To save an oncoming passenger train, this 15-year-old girl climbed across a collapsing bridge, with nothing but flashes of lightning to keep her from falling to her death in the flooding river below -- a river that had already killed her father.